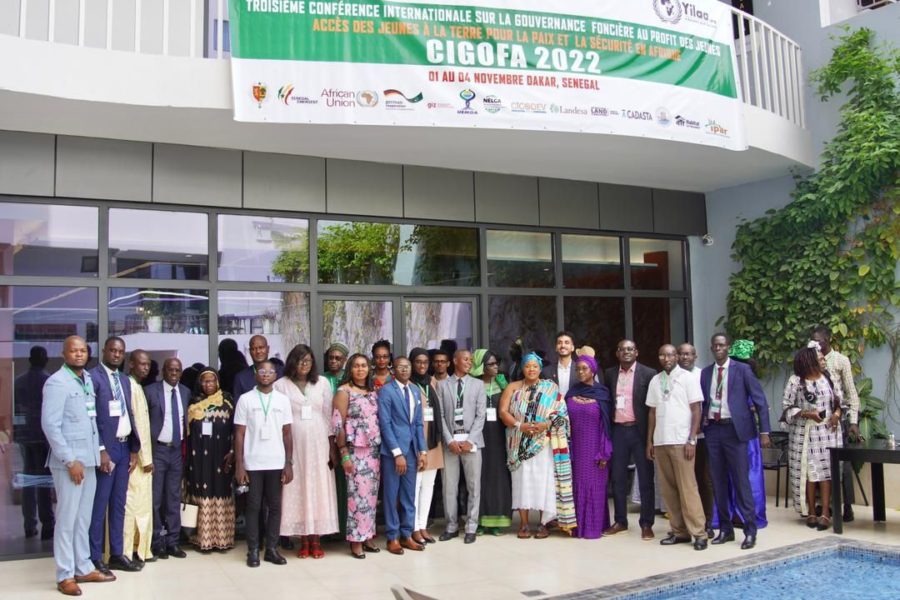 Dakar, 01 November 2022 – The opening of the Third International Youth Land Governance Conference (CIGOFA3) was graced with the presence of more than a hundred participants.
We were honored to have a panel five distinguished guests made of Dr. Edeme Janet who is the director of the rural and agriculture department at the African Union, Professor Diallo Ibrahim who is the Head of the NELGA for West Africa, Aissa SIDIKOU KABO the Resident Representative of West African Economic and Monetary Union (UEMOA) in Sénégal, Her Majesty Queen Dumaaley from GHANA, and Innocent Antoine HOUEDJI the Executive Director of the Youth Initiative for Land in Africa (YILAA)
Some Key partners whom could not make it to Dakar, Sénégal gave their speech online. Amongst them we had Kubwimana Audace who is the Regional Coordinator for Africa at the International Land Coalition (ILC) and Makoloo Maurice who is the Area Vice president at Habitat for Humanity. IDA Attendance.