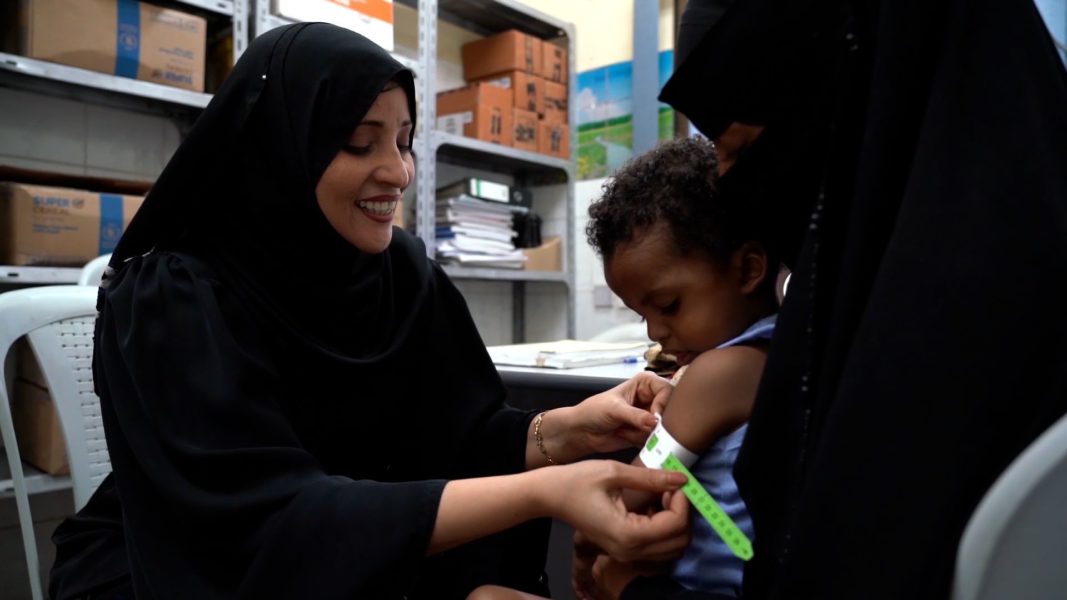 New York, 12 May – IDA virtual attendance. Yemen is enduring the world’s worst humanitarian crisis, resulting from six years of war between government forces and the Ansar Allah movement, known as the Houthis. On the occasion of Eid al-Fitr, United Nations Secretary-General António Guterres made a solidarity call to Asia El-Sayeed Ali, a health worker in Yemen providing life-saving assistance through United Nations agencies. The UN Chief heard from Miss El-Sayeed Ali about the dire situation in Yemen, where five million people are one step away from famine. “I hope with all my heart that the threat of famine would be gone and that we will be able to live again in peace and security,” she says. The Secretary-General reiterated that the United Nations will do everything possible to achieve peace and stressed that the world should show more solidarity with the people of Yemen. The World Food Programme (WFP), UNICEF and other partners are working provide aid to the Yemeni people. To prevent famine in Yemen, WFP needs at least $1.9 billion, but the operation is less than two-thirds funded for the next six months.