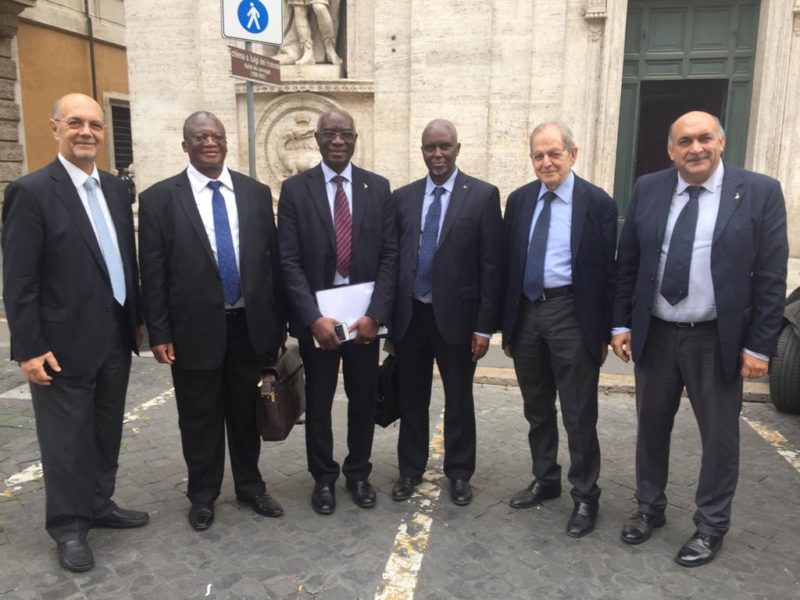 Rome, 16 October – At the Ministry of the Environment in Rome the Memorandum of Understanding was signed with the Lake Chad Basin Commission. It is a particularly important event because for many years there has not been a mutual agreement of collaboration and Lake Chad is currently particularly reduced risking the drainage, if no urgent interventions are implemented, consisting mainly of specifically designed hydraulic works. If this situation is not dealt with promptly, we will see a further exodus in the coming years with masses of the population forced to migrate to Europe.  The Transaqua Project would take water from many northern and eastern tributaries of Congo River, conveying water in a 2,400 km canal to the headwaters of the Chari River. The Congo Basin can be conceptualized as a large, shallow bowl, tilted higher in the east and lower in the west, allowing the Congo River to flow westward toward the Atlantic Ocean. The Transaqua canal traverses a line of constant elevation across the hilly topography of the northern and eastern Congo Basin, crossing into the Lake Chad Basin in the Central African Republic, presumably at an elevation higher than Lake Chad (286 m above sea level). The Permanent Commission of the Italian Senate Foreign Affairs Committees have participate the Vice-President Senator Tony Iwobi and Mr. Angelo Orsini component of the Technical Table and IDA member.