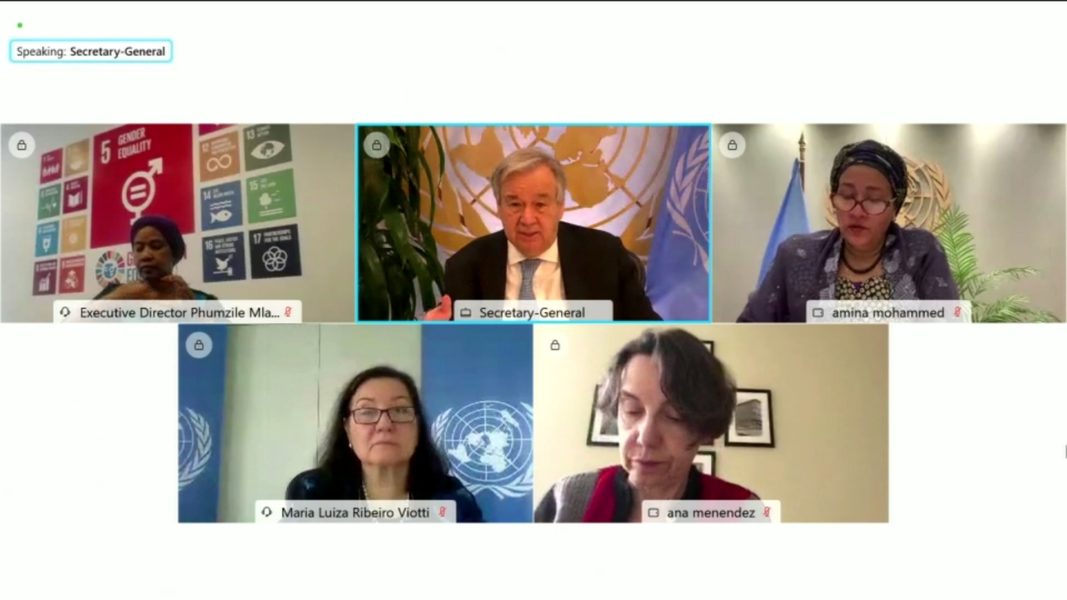 New York, 16 March – IDA Virtual attendance. Virtual Townhall Meeting with Women’s Civil Society and United Nations Secretary-General António Guterres – CSW65 Side Event.
Moderated by UN Women Executive Director, Phumzile Mlambo-Ngcuka, the meeting will provide an opportunity for women’s civil society organizations to engage with the Secretary-General on the session’s priority theme: women’s full and effective participation and decision-making in public life, as well as the elimination of violence, for achieving gender equality and the empowerment of all women and girls.
The virtual townhall will also build upon discussions from the Secretary-General’s virtual meeting with women’s civil society in light of the COVID-19 crisis, addressing ways to build back better and continue protecting and promoting women’s rights and agency within this new context.
Welcome by the Executive Director, UN Women, opening remarks by Secretary-General Moderated discussion Concluding remarks by the Secretary-General Townhall organized on the side of the sixty-fifth session of the Commission on the Status of Women (CSW65).