Indigenous communities in Brazil protest threats to land and services 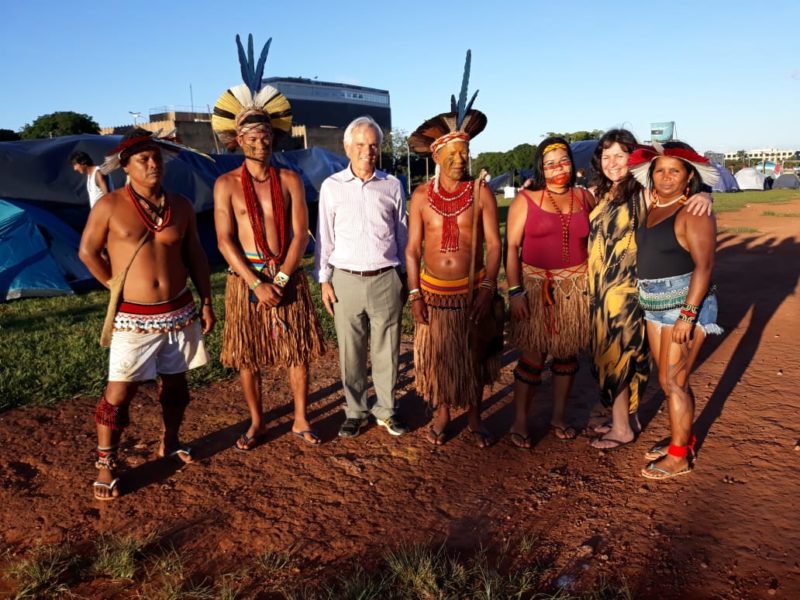 Manaus, 28 April – Leaders of 300 groups across Brazil are protesting for the new changes imposed by the Government. They fear a loss of rights, and land to the interests of miners and large-scale agribusiness. People from indigenous communities across Brazil walked down the capital Brasilia’s main avenue towards the congressional building on Friday. The march is part of a three-day annual event known as the Free Land Encampment. Their concerns have zeroed in on the new president’s administrative changes, which they say will open up vast areas of territory including the Amazon rain forest and indigenous reserves to mining and industrial farming. Mr. Gerard Scerb IDA Member met some indigenous leaders to organize an international conference on the topic.