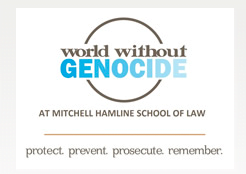 New York, 23 March – IDA Virtual attendance, Cecilia Olivero. Ending child marriage: raising awareness and taking actions: virtual meeting – parallel event. Organisation: World without Genocide. An overarching portrait of the issue of Child Marriage, with a focus on the US and the African cases with data collection, and an explanation of recent campaigns and bills carried out in top-down agendas to fight the issue. In the USA the reported marriages between 2000 and 2010 were about 248000 minors – as an estimate. The US global strategy to Empower Adolescent girls (March 2016, State department) formulated the key goal of reducing child marriage: law makers are slowly keeping up to succeed in this goal. However, the issue of marital rape still has a strong impact on the US community. Acknowledging the fact that child marriage harms the child and the broad society, several bills around the US have been made to outlaw child marriages. Unfortunately, child marriage is rooted in gender inequality all around the world. But why is child marriage happening? The main reason is poverty, so to increase the household income/to help the girl in finding financial support sooner, poor families would give their daughters in marriage. But also, religious reasons and to provide protection to girls or, reparable marriage for pregnancy and statutory rape are still playing a huge role. Legalising marriage to the rapist limits the chances for a woman to prosecute her rapist. Researches on child marriage and well-being for girls who marry as children, show shocking data: (3 times more likely to be beaten by their spouses; 31% more likely to live in poverty; 50% more likely to drop out of high school; 4 times less likely to graduate from college; 23% more likely to have a heart attack, diabetes, cancer or strokes; more likely to have psychiatric disorders; 50% more likely to be divorced; victims of statutory rape if the spouse is an adult; etc.). Children cannot get a divorce, rent an apartment, buy or rent a car, get health care or check into a hospital, open a bank account, have access to an inheritance, get a credit card, stay at a battered woman’ shelter. They cannot be independent and cannot help themselves or their children. The meeting has been a real eye-opener on the topic of child marriages, which would not be imagined nor expected to be such a huge problem in Western Democratic countries. Interestingly, but not surprisingly, is that almost every religion in the US is involved in the child marriage practice. It produces a lot of concerns on how much secularization might have failed, since so many unequal and unfair practices are still allowed in so many countries, justified in the name of beliefs and religions. Also, the modern preoccupation is that due to the Covid-19 crisis, there might be an increase in child marriage for poor families who try to get out of poverty sooner.